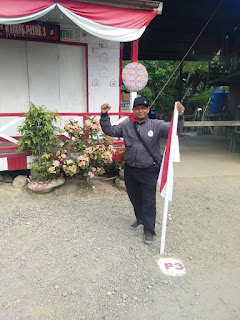 The skinny man's name is Sule. Because senior, we call him Bang Sule. His long hair is similar to the play Wiro Sableng The Ax Warrior of Fire Dragon 212. His body is tiny. However, a large duffel bag was slung across his back. We often wonder why he is so strong to carry a backpack that looks heavy. We also never understood what the true contents of the backpack were. Maybe it's a demonstration kit.

Understandably, he is an activist on our campus.

Niki, my classmate, idolizes her very much. Every time Bang Sule approached our crowd, Niki was the busiest.

Actually, Niki is not alone because there are many students who are infatuated with Bang Sule. You know, Bang Sule is an interesting person. It is not only unique in appearance. He is also friendly. A smile always grows on his lips. As a senior, he did not hesitate to mingle with us.

"Eh, so the student has to think critically!" he said. At that time, we were still out of the OSPEK prison for a week.

"What's that, sis?" chirps Ella, whose face is geeky.

"Ah, you are La, you just don't understand critical. How do you want to be intellectual? Hahahahaha….” Miming exclaimed. Indeed, even though we had only been friends for a while, we were already close.

Make fun of each other. Mutual sarcasm. For us, it's part of how to cultivate friendships. Sometimes it's vulnerable. Moreover, we come from a diverse ethnic background. Anik of Javanese descent, Ella Toraja, Miming Bugis, Suli Dayak, Tuti Banjar, and so on. If you misunderstand the meaning of a joke, it could be the seed of a fight. But luckily we have Bang Sule.

"That's enough. We are brothers. If not siblings, yes, brothers in the RT, RW, village, sub-district, district, province, country, country, or even descendants of Mr. Adam and Mrs. Eve. Don't make a fuss over trivial matters," he advised us.

Bang Sule is full of controversial figures. Inside him it was like keeping something paradoxical. His body is emaciated. Petite. But don't ask the guts. In demonstrations on campus he stood at the forefront. Unlike his friends, he never put a mask on his face. In fact, many of his friends wear helmets covering their faces.

"Why do we cover our faces? Are we fighting for the truth? Idealism? Show us what we are! Why be afraid?” he exclaimed once.

He was offended because a friend advised him to wear a protective helmet.

"At least Bang, Brother's head didn't break because of the club!" reprimanded Sopyan, his junior mentor. Unlike Sule, Sopyan always wears a helmet at every demonstration.

"Ah, you are Sopyan, don't compare your brother to yourself. So that this brother is not wearing a helmet, no club will touch you. This brother has been taken care of! Hahahaha"

Yes, that's Bang Sule. Always responds to everything with a joke, even though it doesn't get rid of the crux of the problem. His words are often philosophically full of meaning, even though they are conveyed in simple language. Understandably, he is a true book lover. It's just like a bookstore. Crowded with reading. In fact, more books than clothes.

But beyond that, what really surprised us was who was Bang Sule's real girlfriend? Or, has he ever fallen in love? Has Bang Sule ever expressed his love? Who is the lucky woman who gets her love?

Once we took him to the campus cafeteria. We tried to get him to talk about love.

"Bang Sule already has a girlfriend?" Ella asked. We did ask Ella to ask first.

"This brother is a true single. Lonely lover. Isn't man born alone and will die alone?"

“Ah, Bang Sule, Bang Sule. We are also single. That's why we want to offer ourselves to Bang Sule. Choose between us, who will Bang Sule make a girlfriend. We are ready bro. We have also agreed, whoever you choose, the rest of us will support it."

“What if I choose all of you?”

"Really, Bang? Don't be like that, bro. Choose one of us to be your lover. What does the world say, this charming Bang Sule doesn't have a lover? Bang Sule went here and there fighting for the fate of others, but he couldn't even fight for Bang Sule's love. It sucks!” Niki started to attack with his sadistic words.

Bang Sule was silent. Her face was bright red. But he tried to stay calm. His mouth tried to smile.

"What? Bang Sule mean? So Bang Sule is impotent?” we shouted at the same time.

“Hahahahaha you guys are too much. That's enough. Just wait for the game date. It's time for you to know who my idol is."

The conversation that afternoon stopped without success. Bang Sule persisted. We couldn't seduce him. In fact, to simply open up to love even seems powerless.

Bang Sule is indeed closed about his love story. We hardly ever heard who her lover was. If Bang Sopyan didn't tell the story, how could we know the history of his love story.

“Bang Sule is also human. Even very human. He also knows love. No matter how stylish he is, he still has love," said Bang Sopyan.

"Who is Bang Sule's lover?" At the same time, we asked questions.

"What do you mean Sopyan?"

"Yes, what does Bang Sule love, not who?"

“Haaaaa, you mean Bang Sopyan loves non-human beings? Like a cat, goat, chicken or something?”

“Ha, could it be a ghost! Bang Sule loves genderuwo, kuntilanak, or just tuyul?”

"Halah, how come you guys are being bullied, just come along. Bang Sule actually often observes the Budhe girl who owns the “Green” stall behind our campus.”

"Ha, her beautiful, sexy, plump daughter is that chubby?"

"Yes, Bang Sule diligently eats at the shop. Actually it has a specific purpose. Child language mode now. But this is a secret, don't spread it, it can cause a stir later."

"Oh, it seems Bang Sule has a special taste huh? The cute girl who owns the shop is apparently our rival!” cried Niki.

“Hahaha, no, no. Bang Sule is indeed diligent in bringing martabak for the girl. Often sends free credit too. In fact, unmitigated, last Eid he bought seven different colored veils from seven different shops! Imagine! He gave all the headscarves to the Buddhist girl who owns the "Green" stall.

"Great. It means that Bang Sule is seriously in love with a Buddhist girl!”

That's a piece of our memories of Bang Sule. Now Bang Sule has gone. The accident on the incline of Mount Amal has claimed his life. Goodbye Bang Sule!

Muhammad Thobroni is a famous writer in Indonesia. Born in Jombang August 25, 1978. Spent his childhood and youth in Surabaya and Yogyakarta. Graduated from S1 higher education at Yogyakarta State University, S2 at the same university, and is currently completing S3 at Semarang State University. He has worked as a freelance editor at a publisher and was a teacher at a Madrasah in Yogyakarta. When he graduated, he became a lecturer at STKIP PGRI Pacitan, East Java. Become a linguistics and literature lecturer. He also teaches the basics of education. From Pacitan, he moved to Kalimantan to become a lecturer at the University of Borneo Tarakan. A public university on the Indonesia-Malaysia border. He teaches Indonesian culture, basic education, linguistics as well as literature. He also a teacher at School of Mulawarman Tarakan (2011-2012).

In Kalimantan, he introduced literacy culture to children in the outermost, frontier and disadvantaged (3T) areas. Some of them are children of fishermen and foreign workers abroad or migrant workers. He teaches children to love art and culture. Invite them to love books and make writing a self-expression of people's thoughts and feelings. His students have now become politicians, teachers, lecturers, writers, businessmen, artists, writers, traders, and other professions.

Thobroni has written numerous works in print and online. In the print media, his works have been published by Kompas, Republika, Pelita, Bernas, People's Sovereignty, Sabili, Kuntum, Suluh, Islamic Boarding School Literature Magazine, and so on. In online media, his work has been published on NU Online, Batimbang.com, and Ambau.id. He wrote many books including Miracles of Alms (2008, Galangpress), Miracles of Tahajud (2009, Galangpress), The Beauty of Poetry (Insan Madani, 2009), The Fun of Fiction Prose (Insan Madani, 2009), The Story of Si Sawa (Azka Press, 2008) , The Story of the Gecko and the Lizard (Ganeca Excact, 2008), A Collection of Islamic Exemplary Fairy Tales (Wahana Islami, 2009), Engineering Children's Intelligence in the womb (with Aliyah A. Munir; Cakrawala, 2010), Is 2012 really going to end? Responding to Anxiety about Doomsday Predictions According to Religions, Beliefs and Science (Wahana Insani, 2010), The Smart Book of Preaching Guide to Becoming a Famous Preacher (Pinus Publisher, 2010), Life Advice from God's Lovers (Wahana Insani, 2010), Muslim Scholars and Inventions -The Most Brilliant Inventions from the Islamic World (Titan, 2010), Anti-Difficult Recipes (Wahana Insani, 2011), A Prostitute and a Dog A Collection of Religious Stories (Cakrawala, 2011), Boosting Children's Intelligence Through Play and Games (with Fairuzul Mumtaz, Kata Hati, 2011), Learning and Learning (with Arif Mustofa; Arruz Media, 2012), Sei Kayan's Poetry Book (Anom Pustaka, 2017), Ustadz Mysterious Short Story Book (Anom Pustaka, 2018). The poetry books are Sei Kayan (revised edition, Tidar Publisher, 2019), Sei Bahau (Tidar Publisher, 2019), Sei Sesayap (2019), and Sei Sembakung (2019).

His writings are also in the form of scientific articles that can be read online in various journals and proceedings.

To discuss can be via email: thobsatu@gmail.com 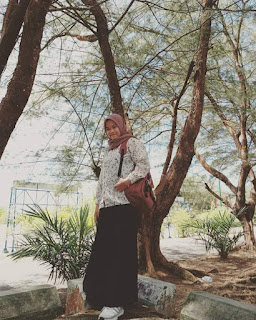 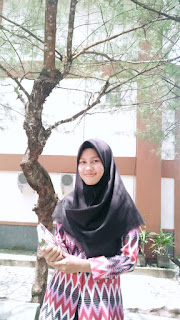